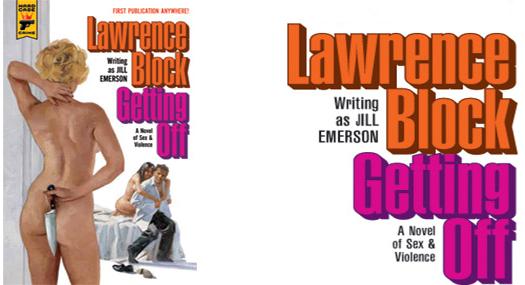 I know I am in for an interesting time when I find myself asking “how in the world did this get on my kindle?

The edition I acquired via means mysterious featured a kindle-rendered version of the cover (featured above) so I promptly proceeded to judge the book by it. Two buxom women (i’m extrapolating here) and some dude? ‘Hard case crime’ on the top right? This sounds like its going to be a smoky misogynistic 1950’s noir type of thing! Oh boy, I can’t wait.

This book follows a serial killer who kills all the men she sleeps with, which was certainly a sharp turn from my expectations. We follow her exploits and obsessions throughout the course of the story and wait for either an antagonist or a central conflict to manifest. Somehow neither do, but the book never falters for it.

This book gives us an abundance of things. There are equal parts sex and murder. Thankfully, it never for me dipped into the gaudy end of the spectrum for either of those subjects. I might not be the best judge of that, as I long ago dove head first into the ‘now that’s fucked up’ genre of literature. In fact, something should be said for the fact that the author could put this much into one book and never really hit a satiation point. There was a moment where I thought it might, but the author chose then to get into a bizarre little origin story for our anti-hero. And this origin story is rather strange, to the extent that even my suspension of disbelief was looking at me disapprovingly as I sat reading this book. The ending, which was a slight non-ending, also had me rolling my eyes, but at that point I had resigned to ignore my incredulity for the sake of this book. It is an ending that only really makes sense in a fictional world where because so many topics aren’t brought up the characters never have to deal with them.

Case in point: If there really are people who have this much sex, please don’t tell me about it, as I have access to both a bathtub and a toaster.

All things considered, the writing and the story were just competent enough to keep me going. But just barely. I couldn’t as I was reading it shake the feeling that a lot of it was just ridiculous. The protagonist didn’t seem like a tortured person going around doing horrific things because they were wounded by past trauma. If you want to read that book, its Black Sunday by Thomas Harris.
Getting Off: A Novel of Sex and Violence

And just because I mentioned it…
Black Sunday