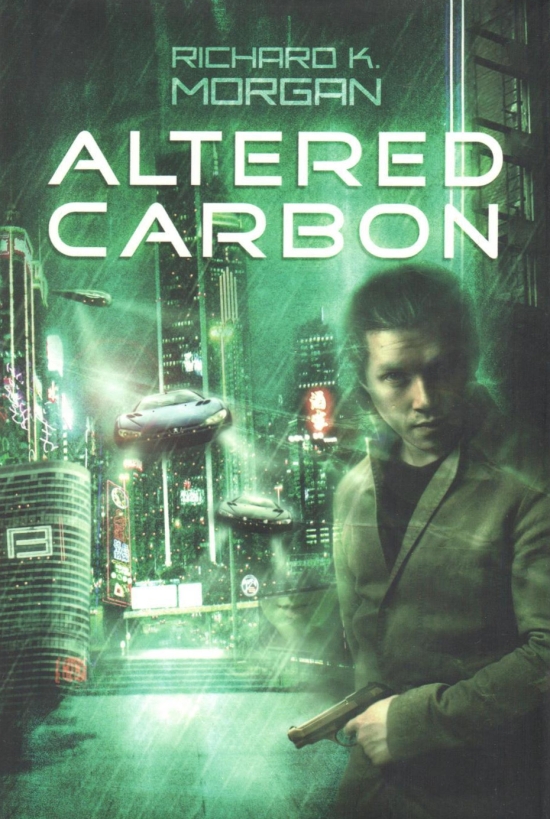 They say all Philosophy is footnotes to Plato. It’s not true, and there is plenty of philosophy before Plato, but it largely feels true. Like wise, it isn’t true that all science-fiction is footnotes to either Star Wars, Bladerunner, Terminator or Aliens, but it feels pretty true. Sometimes a book comes out and you can too easily see the influences plastered thick on the pages.

The story opens with an ex-military and ex-convict protagonist who, while not a detective by title, will be serving the same function after he has been revived from a 120 year state of suspended animation of sorts to discretely solve the mystery of a secondary character’s not so permanent death. That’s the premise in a nutshell and the rest of follows the character as he tries to solve this otherwise fairly ordinary whodunit. What makes this book a little too Bladerunner for my tastes is that the character almost immediately goes Rick Deckard-ing in the seedier neon parts of their society, almost as if he had to do it by default. Bladerunner was a good prediction of the future for the 1980’s, but in the late twenty-teens, it didn’t feel to realistic.

For this sci-fi world to function, a technology exists that allows characters to upload/download their consciousness as they need, allowing people to circumvent death. This should allow for space enough to have reams of philosophical insights, but the book either leapt right over those insights, or took them for granted in extremely frustrating manner. I cannot speak of one example without spoiling the book, but there is an almost throwaway line towards the end of the book that makes a pretty definitive claim about identity. The claim seems true for us in our society, but seems false for the rules set up in the novel, for reasons that come the end of the book seem to be all too clear.

Reading this book, I couldn’t help but think that the author didn’t soak himself in his world for long enough. In a world where death is no longer a permanent condition promised to us all, one would think that if a character is going around dishing out ‘real death’ and its threat to characters, the consequences would seemingly by more, not less, dire for such an action. In that we all die, life is actually pretty cheap in our reality. In the book death has been technologically thwarted, and thus life should be significantly more expensive. While this is hinted at with mentions of characters who refuse resurrection for religious reasons, it is ignored for a whole section while the main characters commits some serious acts of violence.