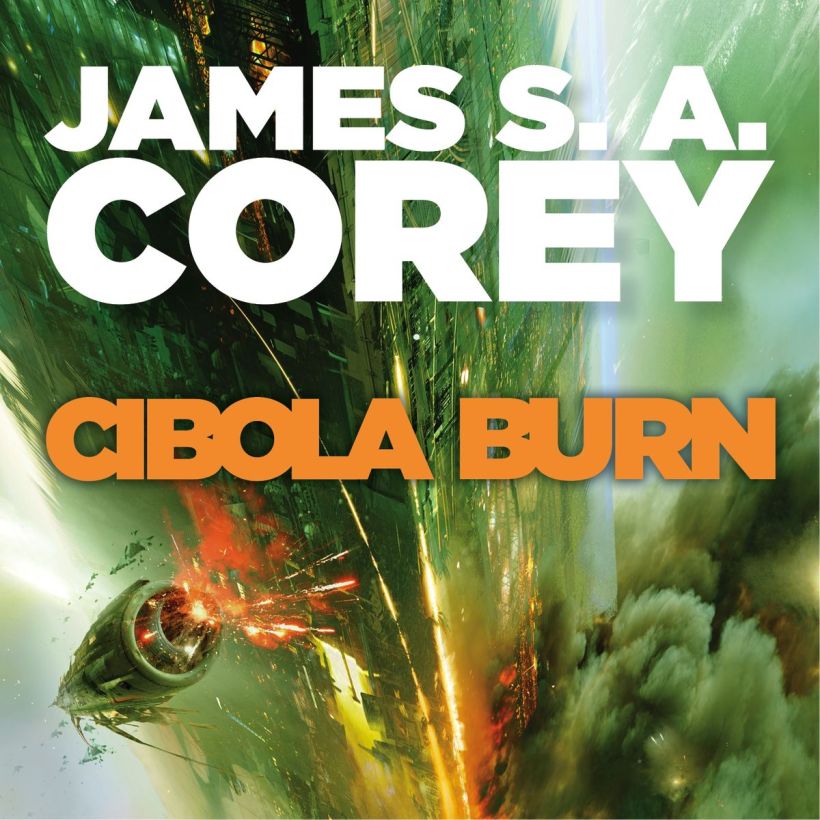 I don’t know why I keep doing this to myself. What can I say, except that I am a horrible completionist. I started reading this damn series, didn’t like the first one, figured I would give the second one a chance, only to now find myself now four books deep into this mess with no idea when it will end.

Cibola Burn follows the crew of the Rocinante (singularly the most adventure-prone people in their universe) on their fourth adventure when they are chosen to be a mediator in a political dispute after a major act of terrorism. This particular political upheaval is a direct result of the incidents of the previous book, and later on in the book the same mysterious alien forces from the previous stories begin toying with characters once again.

I was shocked to find that there were moments when I actually enjoyed reading this. I think this is giving me some insight into what it is that I do – and by extension do not – like about this genre. The meat of the story was pretty interesting. The conflict between the original colonists and the corporation that was trying to muscle its way in was certainly very interesting. It was so interesting that I thought it would have held up if that was the only thing that the novel tackled. I would have liked that story very much, even using the tired old characters from the previous story. To be fair, this book didn’t give us anything as silly as the ‘vomit zombies’ from the first one. But it still seemed to be a way too bit over the top, particularly when a former character living in another characters heads suddenly transports into a mechanical body.

This one, more than the other I had previously read, jumped around from interesting to not randomly. It felt like the authors (I read somewhere that ‘Corey’ is a pseudonym for the two people who work on these stories) were working on the main story – the one I was enjoying – when after being besieged by a sudden lack of confidence they quickly decided to cram as much more stuff into it as possible. This isn’t only breaking the back of the story, but it also seems to be breaking the back of the story’s unfortunate protagonist, James Holden. Despite having a crew of people he sort of trusts at his disposal the duty of wrapping up every narrative in the novel falls on pretty much him alone. Not only did he have to solve the political dispute and keep the maniacal antagonist from being too maniacal, but by the end of the story despite him being utterly broken and exhausted only he can investigate how to stop the ancient alien technology that has suspended all the fusion engines in and around the planet.

The ‘competent man’ trope lives. When the story got into the blindness plague, I guessed that Holden would be the cure. Got it in one.