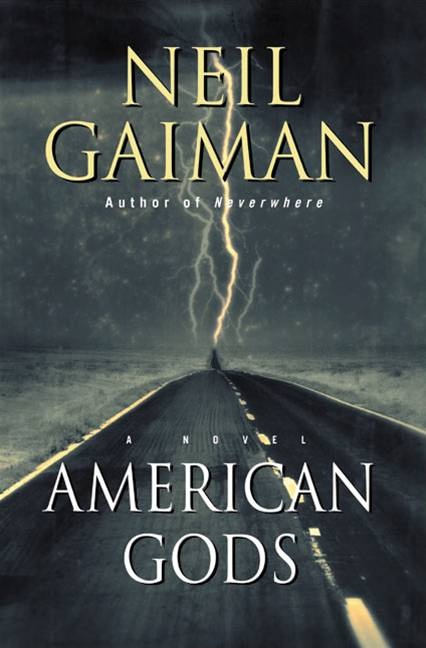 There was a point in time where everyone I knew seemed to be super excited about Neil Gaiman. He was very much a niche author, but I ran with a niche circle, and so it made sense. This was well more than a decade ago, and I succumbed to the peer pressure enough to read Neverwhere1. I wasn’t terribly impressed, and so the brick of a paperback copy of American Gods ended up on some shelf somewhere, condemned to be ignored for more interesting books.

And then, there was a TV show.

I’ve not watched the TV show, but enough acquaintances have that Gaiman is now a common name in my now not so niche circle. I was told that I really needed to watch the TV show.

So I read the book instead.

American Gods is the story of the trial and tribulations of the Gods existing in our modern world. These Gods, subsisting on the worship of the mortals around them, are finding themselves in a competition against newer Gods. A mere mortal named Shadow, the main character, is thrown into their world and must observe how the Gods cope in a world where the many newer Gods seem to be competing much more successfully.

I am not sure I could tell you what I didn’t like about Neverwhere. The memory is that it felt a little childish, and that even all those years ago I tended to lean towards the skeptical side of reasoning to really enjoy a book that leaned so heavily on notions of magic. That doesn’t make a lot of sense, but it feels as right as memory ever does. American Gods felt a lot more mature as a piece of writing goes. It could very well be that in the five years between publishing the two, Gaiman really grew into his writing style. But there was also just something rather captivating about the story itself and its execution, which is something I never really imagined from all the descriptions I had received of the book. The greater story was interlaced with smaller vignettes that gave a background to the world, and while I would normally be frustrated at something like this, I for some reason really enjoyed it in this book.

I enjoyed this so much that it made me change my mind about Neil Gaiman. I feel pretty ready to dive back into him and see what all the brouhaha from ten years ago was really all about.

1I also read ‘Good Omens’, but I consider that book to be much more Terry Pratchett than Neil Gaiman. Fight me.