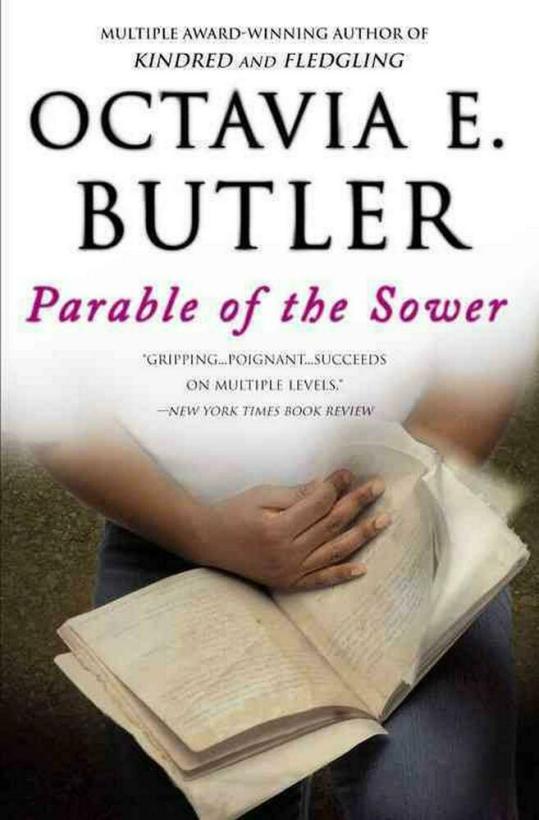 A lot of people think things are pretty bleak these days. It should be no surprise that people want to compare modern times to the work of Octavia Butler. The analogy isn’t terribly apt – things aren’t that bad yet. This series came to my attention because the sequel to this work – Parable of the Talents has a president that resembles the current one. Even that is not terribly apt, but I did enjoy some of Butler’s other works, and so I wanted to give this series a shot.

Parable of the Sower gives you a very bleak look at the future. But while science-fiction is overflowing with bleak outlooks, this is the only one that comes to mind where the bleak future isn’t something that happened with some great calamity. Instead, this is just a depiction of a society that has reached a breaking point. Even within the story, it is shown to us so gradually that we don’t really see it coming, and then when we are confronted by it we think back and realize how obvious it seemed all along.

It really is masterful story telling. And there isn’t much to comment on except how enjoyable the story is, and how easy it was to get lost in the characters and their sad, harsh, world. The book takes you through a world that, no matter how dark it gets, never seems cartoonishly so, which is a fault that sometimes happens in this genre.

I once took religion very seriously, and made it a concentrated effort of my studies. This ultimately had the opposite of the desired effect. Those experiences paint readings for works like this in an interesting light, though one that I am not sure is intended. Religion is one of the central themes to this work, and deeply important to the protagonist. I felt that you didn’t get a whole lot of the protagonist’s beliefs throughout the story, and I don’t think that helped. Her religion seemed sophomoric and even silly, and whenever it came up I really just felt like it needed to end so they could go back to exploring the ruins of America’s future.

Mind you, I am not exactly sure that the opposite would be even more helpful. Depending on the specific religious beliefs, having too much information can make it look as silly as not. But the larger point was that particularly towards the end of the story, in an otherwise excellent novel, I kept on thinking that I could do without all this religion. Yea, that’s a strange opinion for a story so soaked (down to the title) with religion. But it would have been a very different story otherwise, particularly considering that faith seems to be one of the more important themes in the story, and one of the major motivating factors for the characters.