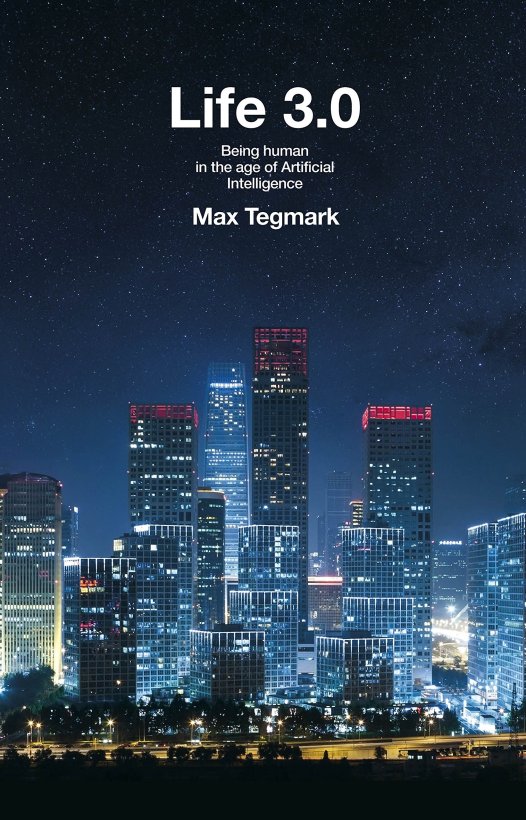 It is frightening how quickly the world has moved in the past couple of year. My grandmother’s world was different enough from when she was a child to when she died ninety years later, but largely her day to day was similar. I already think back to my non-smartphone-having adolescences and it seems like some other, alien world. I get terrified to think of how much change the future will hold, and how absolutely terrified I will be of that change when I am reach a similar age to my grandmother. Technology is moving at a scary-fast clip.

Max Tegmark’s Life 3.0 seems to be about this rapid movement. It attempts to present arguments for how best we can deal with what the author considers to be the greatest coming existential threat – Artificial General Intelligence. But the book isn’t just negative, it also mentions the potential for AGI to be one of the greatest possible boons to society, but only if society is ready for it. The rest of the book is about how we can best begin preparing for it.

The book was a hard sell. I am pretty firmly in the camp that believes that, at the present time, we are not justified in believing that Artificial General Intelligence poses a significant existential threat to humanity1. That being said, the author did a good job laying out the various scenarios and why one should share his beliefs, though again I did not follow his reasoning. If nothing else, the author does a pretty good job at showing us just how unprepared we would be for the coming of a Artificial Genreral Intelligence.

Which is actually what I liked most about this book. There are littered throughout little speculative vignettes that read more like good science fiction than anything else. The author uses them to set up the various possible explanations of what he thinks is going on. This is a bit of a problem, because it limits it to his imagination, but despite that they are interesting little thoughts about what the future could look like. The whole book kindled my imagination like none other have. I am not so sure that it kindled my imagination in the way the author was hoping to. But that is the most that I can give this book. Perhaps I am too jaded to believe in apocalyptic cataclysms and technological Revelations. I do not think that humanity should spend to much of its energy preparing for either friend or enemy that may not even be possible. There are, as of this writing, actual problems we should be focusing on.

Despite that, I do think this book is absolutely worth reading, for skeptics and believers alike.

1In a series of reviews meant to be under 500 words, there is nowhere near enough room to go into this. But the long and short of it is that we should only believe that for which there is evidence. There is a lot of conjecturing and stipulating about AGI, but actual evidence is lacking.