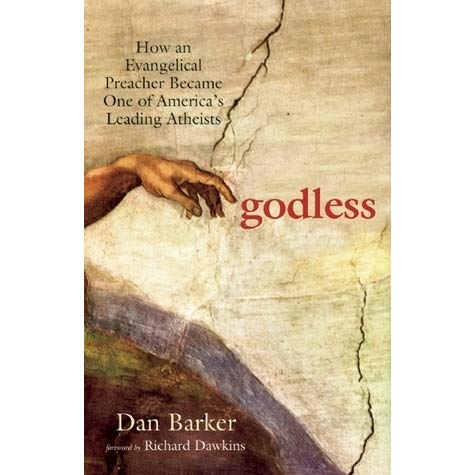 If you found out that you were wrong about something that was pretty fundamental to the core of your being, how would you react? The easy route would be to go on like nothing happened. The difficult route would be to give it all up and start life anew, giving up both career and family in the process, simply so that one could call themselves honest at the end of the day.

That’s Dan Barker’s story in a nutshell. Born to some pretty strictly religious parents, Barker found the calling to go preach pretty early, and he made it the sole focus of much of his young life. He became a minister, ministered, and married a woman with the dream of marrying a minister. But over the course of learning of his educating himself (so as to better serve his faith) he found himself with questions that couldn’t be answered. Over the course of years the questions accumulated and his faith shattered. A few years after that, Barker found himself working for the Freedom from Religion Foundation, sometimes working against some of his former allies.

It is a pretty admirable story.

Many books have sections that are vastly different, but the shift that happens within this one makes it feel like two pretty distinct books. The first is a memoir, and while it is interesting to see how Mr Barker’s life managed to make such a massive U-turn, the writing of the memoir was pretty bad. It felt as if every sentence started with the pronoun “I”, something that I find so irritating that I once stopped reading a novel that took that approach. The other part of the book is a pretty good compilation of counter apologetic arguments. This was surprisingly enjoyable, enough to motivate me to think about reading the The Skeptic’s Annotated Bible. However, these arguments were (excepting the ones revolving around biblical readings) all pretty old hat for me. But moreover, it didn’t really feel like that was what I was after when I started reading this book.

There was also a section where Barker goes on about the accomplishments of the secular community, and it kind of read like a biblical list of ‘begat’s.

In the introduction to the book, Barker mentions what the target audience of this book is meant to be the believer, and not their counterparts. While interesting, Barker’s story is pretty common within atheist groups (and its why atheists often joke that the fastest way to become an atheist is to ‘read your bible’), and so does come across largely underwhelming for that group. Still there is something to be said about the courage of Barker’s convictions.