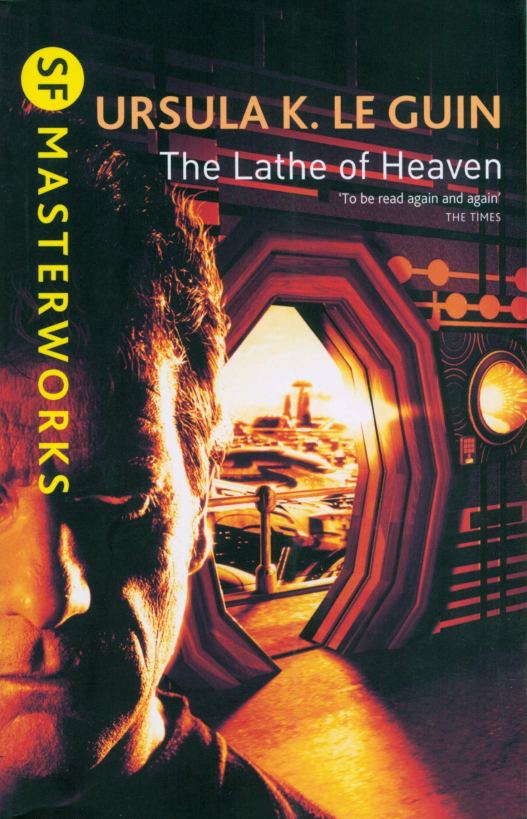 And to think we all laughed at Leibniz.

Leibniz was the philosopher who believe that we were living in the ‘best of all possible worlds’ for reasons that even a worse philosopher could tell are clearly flawed. This belief got Leibniz mocked by Voltaire, and pretty much the rest of humanity since then.

But while his reasoning might have been wrong, the notion that every other possible world might be worse than the one we are in is kind of a tickling idea. Hard to conceive of, considering how off the world currently looks, but still an interesting idea.

The Lathe of Heaven doesn’t exactly follow that idea, but rides out a tangent of it. It follows George Orr, a distraught man whose dreams can affect reality – what he dreams of becomes reality. This is quickly exploited by his psychiatrist, William Haber, who is looking to create a more perfect world.

Now that is a hell of a conceit!

This is why I brought up Leibniz at the beginning of the post. The ever-changing world Le Guin describes in the novel is never a terribly good one, but the trend seems to always be a downward one. It would seem, following the book’s trend, the Leibniz was correct, if only we knew it at the start of the story.

The book has been described as a tribute to Philip K Dick. Once you see that, it really can’t be unseen, and I thin I am rather glad that I either didn’t remember it or didn’t know it before I read the book (considering that I’ve read two biographies on PKD, I am reasonably sure that I have come across this fact in one of them). I enjoyed the back end of the story more and more, when Haber’s attempt to recreate a better reality seemingly become increasingly desperate. Obviously, it isn’t exactly intentional, as Haber’s best intention’s are filtered through Orr himself. But this monkey-paw aspect to what is going on is nothing that Orr every described happening to him at the beginning of the book, and so one if left to wonder a little if this is just something he figured out following the trend of what was going in the recent events of the story, or if it was always this way. It makes only the most minor of differences to the story.

I feel like stories were reality is malleable to the whims of one or more humans should have their own sub-genre, and I have been calling them PKD’s for some time. As far PKD’s go, I really do think that this was one of the better ones I had encountered in some time.

2 thoughts on “The Lathe of Heaven – Ursula K. Le Guin”